For Those Among Us Who Are Journalism-Challenged 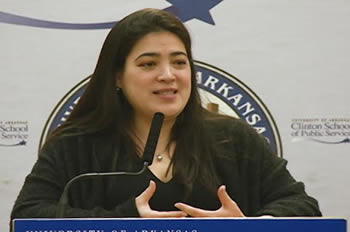 I recently met Jay Newton-Small for breakfast. Jay is an engaging journalist who has been writing for TIME Magazine and Bloomberg News for over 15 years. Her experience with her father’s dementia led Jay and another journalism colleague to launch a company, MemoryWell, to help other families capture personal stories, pictures, music and videos of loved ones.

I asked Jay if she had considered writing an article about people LIVING with dementia from first person perspectives and not the stereotypical approach from others’ perspectives about the impairments and losses. She hadn’t and asked if I could suggest three or more people living with dementia who could be interviewed. As I started making a suggestion about a person, Jay stopped me and noted that the individual needed to be well-known. “That is ironically stereotypical,” I responded.

Jay’s response was eye-opening and helpful, so I want to share it in case others are journalism-challenged like me. Jay said that journalists are given only so many words for a story. If they have to devote 300 words to introduce the person to readers, that lessens the number of words they can devote to the ‘story’ itself. If they write about a well-known person, they don’t have to introduce the person to readers and have more words to use on the story. I get it! Of course, being me I immediately wondered why journalists couldn’t be given more words so ordinary people could be written about…