Don’t Be an Instigator!!! 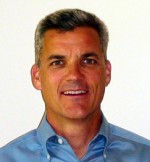 When I was growing up, my mother would often use the word instigator to describe my bad behavior. If I was bothering my sister or trying to pick a fight, she would frequently say, “Don’t be an instigator!!!” That meant back off and don’t make trouble.

As a parent I now understand where she was coming from. She had enough to worry about without my making her life more difficult. However, as an adult and as a business leader, I also understand that instigators are a necessary and important part of our lives. Dr. Bill Thomas is by my definition the ultimate instigator.

Dr. Thomas has been busy making waves lately with his “abolitionist” point of view on nursing homes. I think it’s important to note that he is not picking on anyone personally, nor is he ignoring the efforts of the thousands of people who have put their heart and sole into caring for elders in a person-centered way. Instead, he is taking a hard-line position against institutional care and the medical model, saying it needs to go. There is a superior alternative called person-centered care, which he has advocated for more than 20 years! He has resorted to using bold terms like “abolitionist” because he is an instigator, and he believes change needs to happen….now!

While some may disagree with his tactics, I believe there is huge value in having instigators like him. Instigators challenge us to look at the situations differently, and while it may not be comfortable for some people, it is an important part of the process. Without an instigator poking and prodding, there are many advances in our society that would have been missed. Our lives would be different, and our wellbeing certainly diminished. If you step back for a minute, I’m sure you could think of many examples.

Our Dementia Action Alliance has also taken on the role of instigator with our efforts to educate, advocate, and ultimately transform the lives of individuals living with dementia and those who support them. At the Dementia Action Alliance we are committed to helping people live fully with dementia. Unfortunately, due to stigmatization, lack of appropriate services and supports, and lots of other reasons living fully with dementia is not possible for so many. The Alliance and all its members and supporters want to make it possible. For it to be so, we will have to embrace our role as instigator. Won’t you join us!