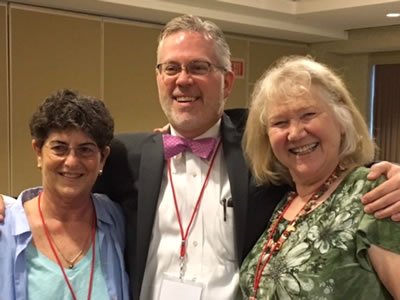 “I am Richard who seeks to live a purposeful and purpose filled life up to and through my last breath.”

Person- and relational-centered care practices are accepted as the gold standard globally (Institute on Medicine, 2001; World Health Organization, 2007).  Person-centeredness originated in the foundational work of Carl Rogers (1949) and his approach to client-centered psychology. Tom Kitwood (1997) applied person-centeredness specifically to dementia care noting that individuals living with dementia have an enduring sense of self, and maintain feelings, preferences and personality characteristics until the end of life.

The general perception of dementia focuses on cognitive losses and functional impairments rather than on proactive approaches focused on understanding individual symptoms and identifying strengths for compensatory strategies to support changing abilities. Person- and relational-centered dementia care practices enhance well-being and move away from the outdated medicalized framework to a holistic framework that integrates the comprehensive aspects of being human (physical, social, emotional, spiritual).

The international Organisation for Economic Co-operation and Development found that dementia is one of the most misunderstood conditions in the developed world (2015). Because of the detriments to the well-being of individuals and families living with dementia caused by misperceptions and the medicalized framework, the DAA strongly advocates for adoption of person- and relational-centered dementia care practices in all settings (e.g., home, assisted living, nursing homes, adult day, home care, hospitals, primary care, hospice, and rehab).

Rogers, C. (1949). The attitude and orientation of the counselor in client-centered therapy. Journal of Consulting Psychology, 13(2): 82-94.