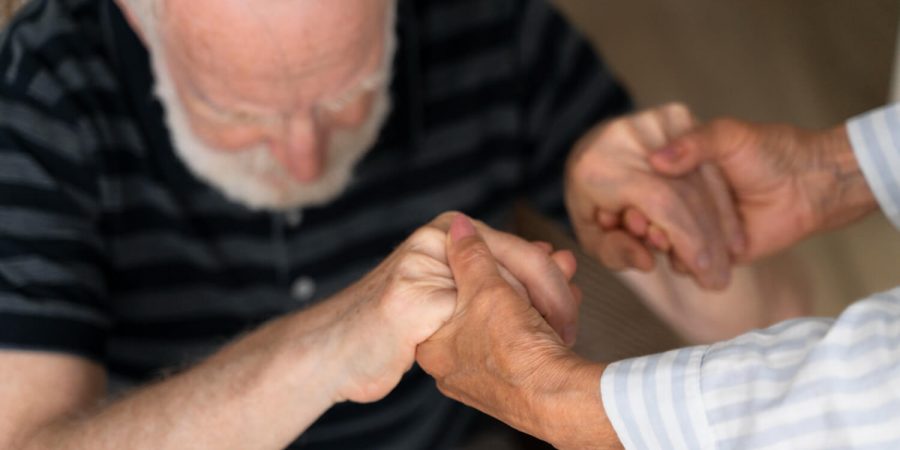 What Happens When We See Dementia as a Disability?

DAA thanks Kirsten Jacobs, associate director of dementia and wellness at LeadingAge, for allowing us to re-post her July 14, 2017 article, in which she imagines how our attitudes and actions might change if we looked at dementia as a disability, not an illness.

Pam Montana and Chris Hannafan recently invited me to view dementia through an intriguing lens. In early June, the two appeared on my television screen during an installment of the PBS “Brief but Spectacular” series, which periodically asks interesting people to describe their passions. Pam and Chris were sincere and insightful as they presented their “Brief but Spectacular” take on living with younger-onset Alzheimer’s. But it was their outspokenness that impressed me the most.

They used a combination of humility, indignation, and humor to challenge the stereotypes we hold about people living with dementia. They didn’t look sick, helpless, or defeated. They were totally in touch with their new reality. They were determined to go on living full lives. And they were eager to have their voices heard. “Now I have a new job, and that job is to be loud and proud,” Pam told the camera, after Chris announced that “my former life no longer exists.” She vowed “to share my symptoms with everyone and anyone who will listen to me.” He was determined “to create a new life.” And then, in the powerful conclusion, Pam asked and answered the question we all have:

The “Brief but Spectacular” video appeared in between 2 other dementia-related events that sent similar messages of empowerment.

In May, members of the World Health Organization (WHO) adopted the Global Plan of Action on the Public Health Response to Dementia 2017-2025. The 29-page action plan is grounded in 7 cross-cutting principles, but the first 2 principles speak directly to Pam and Chris because they emphasize:

In late June, these themes emerged again during a conference sponsored by the Dementia Action Alliance (DAA), a group that focuses on engaging, empowering, and enabling individuals and families living with dementia.

What impressed me most about the DAA conference was the fact that we were not just talking about people with dementia, as we often do at conferences like this. Instead, we were actually engaging with and learning from people who are living with dementia. More than 30 of these individuals were in the conference rooms and, in some cases, at the presenters’ table. We heard their voices loud and clear.

Each of these 3 early-summer events got me thinking about the lenses we use to view dementia—and how those lenses affect how we think about and interact with people who are living with dementia.

If I think of dementia as an illness, for example, I might focus my attention on the medical aspects of the condition, and how its symptoms can be “fixed” with medication. I might see people with dementia as “patients” on the road to inevitable decline and diminishment.

Thinking of dementia as a disability, on the other hand, reframes my thought processes completely.

It helps me see that people living with dementia have hopes and dreams, skills and talents, and the desire to keep learning and growing.

As an educator in the field of aging, I’ve resolved to spend more time looking through a lens that sees dementia as a disability. I’m curious to see how that new lens might call me to change the way I approach my work.

I suspect that, as a first step, I’ll be finding new ways to include people like Pam and Chris in planning and implementing our education programs at LeadingAge. I’ll be asking them lots of questions about how we can do a better job of hearing their voices, respecting their rights, designing modifications to make their lives easier, and empowering them to be involved in decisions affecting the quality of their lives.

I’d encourage you to do the same.

Like me, I hope you’ll look for opportunities to listen to people with dementia, especially those who are in its early stages and are not yet using your services. Learn all you can about their dreams, fears, strengths, and challenges. And then look around your care settings to see how you might use that information to enhance the important work you do.

I’d love to think we can take this journey together. Please let me know what you’re seeing as you look at dementia through this new disability lens, and what LeadingAge can do to help you translate those new insights into new practices.

It’s an interesting concept but it’s what the person with dementia feels he has and what and how the caregiver can help him to be as useful and productive. A rose by any other name is still a rose. When I started as a Rehabilitation Counselor many moons ago, the word was Handicap and then it was changed to disability. It’s all in the attitude of the person with dementia, the caregiver, and the rest of society (Social Psychology101. Thank you for letting me say a few words. 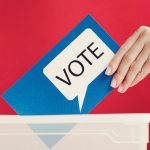 Next Post Do People With Dementia Have the Right to Vote?