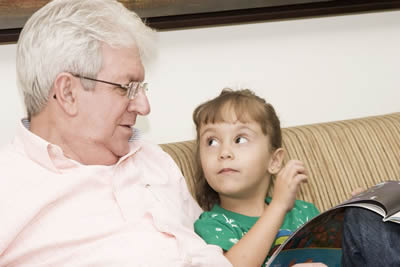 In 1968, Robert Rosenthal and Lenore Jacobson published groundbreaking research that showed teacher expectations of students became self-fulfilling prophecies. At the beginning of a school year first and second grade students’ IQs were tested. The researchers randomly selected a group of students regardless of their actual test results and led the teachers to believe that this group was capable of great academic achievement. At the end of the year the students were retested. The group labeled high academic achievers did, in fact, show higher achievement than the other students. Robert Rosenthal summarized this research finding as – “What one person expects of another can come to serve as a self-fulfilling prophecy.” This outcome, retested and proven by many others over the years, has become widely known as the Pygmalion Effect.

The dynamics of the Pygmalion Effect have significant impact for living well with dementia.   While research is lagging to show similar outcomes for people who have dementia, there is abundant anecdotal evidence among person-centered dementia care experts that the Pygmalion Effect similarly applies. The conventional mindset about people living with dementia is lowered expectations about what they can do and how they can function and live. This mindset, that family, friends and others may not even be consciously aware of, affects every aspect of the relationship they have with the individual. The lowered expectations they have of what the individual can do become fulfilled as they don’t engage, interact, and provide opportunities for interesting and fun activities at the same level they would if their expectations were higher.

I experienced the Pygmalion Effect several times this past week at a memory care assisted living community. I watched one gentleman walking around while some of the other residents were engaged in an exercise program. While he could have appeared aimless to some, I realized after a few minutes that he was keeping an eye on some residents in case they needed help. Since he liked to ‘help,’ I asked if he could help me with my sore hands by massaging them with lotion. He gently and intently massaged the lotion into both my hands, and beamed at my thanks and praise. It was obvious by his expression and focus that this engagement was meaningful and purposeful to him. The staff, who felt they knew him well were attentive to his physical needs but not his emotional and social needs. They perceived he couldn’t do much, so they didn’t engage him in ways that were meaningful to him. The staff were surprised that he was able to provide a good hand massage. Not only were they missing out on wonderful hand massages, but more importantly, they were missing opportunities to help him live a more fulfilling life.

I saw that another resident was sitting alone apart from the others. I asked a staff member about her and was told she had very advanced dementia. I asked what this resident liked to do and was told, “Nothing, she can’t do anything”. Not knowing anything about her except that she had advanced dementia, I knelt beside her and offered a small pillow covered in a soothing, tactile fabric. She immediately started stroking the pillow and then began exploring the seams with a sweet, serene expression on her face. It was obvious that feeling and exploring the fabric was comforting to her. As I was getting ready to leave the woman’s daughter arrived to visit her mother. I introduced myself and described how much her mother enjoyed the tactile pillow. The daughter explained that her mother had been a seamstress and loved the feel of fabric. It reminded the daughter that her mother would enjoy some of the lap quilts she made and to bring them next time she visited. No doubt her mother would enjoy the quilts, and it was a way for the daughter to keep connected and feel helpful to her mother.

Family and friends will have ideas about what could still be interesting and meaningful to someone they care about living with mid-to-advanced levels of dementia. Staff at settings such as adult day centers, assisted living, and nursing homes will need to learn about the individual’s background and interests. Because parts of the brain have been affected by the condition, care partners need to employ a handful of techniques to successfully engage them to support their emotional and social well-being.

Another common mistake people make is not having interesting and engaging items to spark interesting and meaningful things to do. For example, if I didn’t have lotion or a tactile pillow among other items when I was at the assisted living community, I would not have had ways to engage either resident.

When people understand what it means for someone to live fully, they can change their mindset.  Instead of perceiving limitations, set positive expectations. This sparks the Pygmalion Effect. You can make helping someone live fully with dementia a self-fulfilling prophecy. 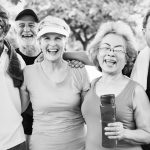 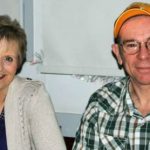 Next Post Maureen’s journey: ‘We have a positive attitude – we’ll try anything once!’